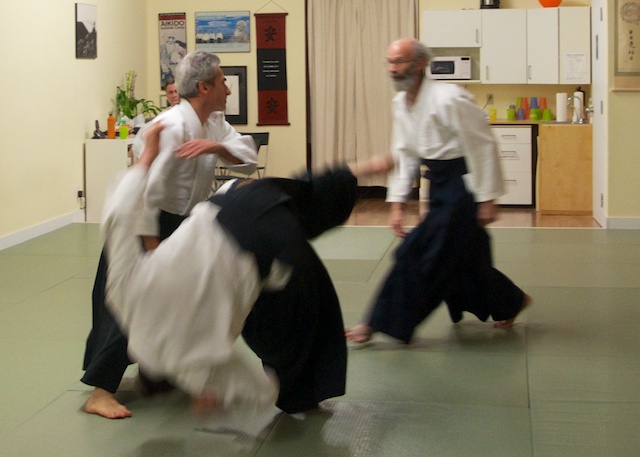 Aikido is a Japanese martial art of self-defence. It uses the energy of the attack and circles it back onto the aggressor. The Japanese word Aikido is written with three characters that translate as “The Way of Spiritual Harmony.” Harmonious movement, or blending, is at the heart of this discipline. Movements in Aikido may be spectacular and send the attacker flying, or they may be small and control the wrist and elbow joints in subtle but persuasive ways.

Why do people practice Aikido?

Aikido does not rely on size or strength for its effectiveness, but rather uses timing, body dynamics, and centered movement. Moving from the centre, or tanden, creates relaxed posture and physical and mental balance. Training harmonizes body, mind, and spirit and enables the student to encounter stressful circumstances without being thrown off kilter. It also creates a resiliency of the body and an openness of the mind — qualities needed in our society, and our daily lives. Students start Aikido for physical fitness, for self-defence, or because they are fascinated by the philosophy. Any reason to start is a good one. They often find, as they continue to practice, that they are enjoying themselves, because Aikido is fun.

Am I too old, or too little, or too young to learn Aikido? 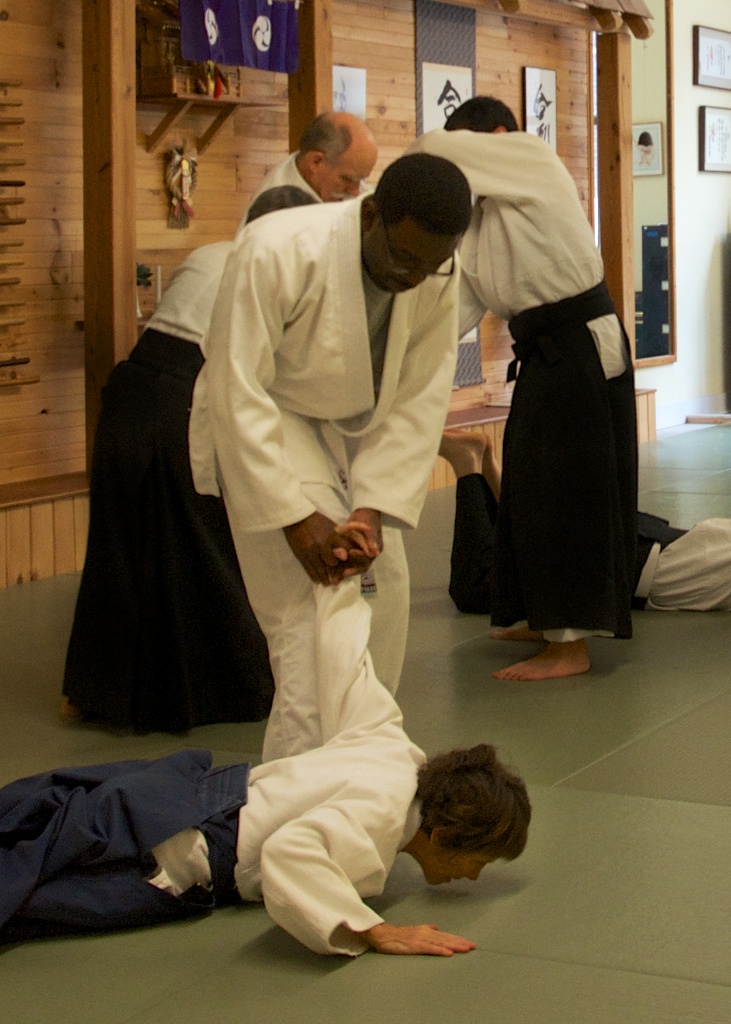 Aikido is for all ages; men and women; boys and girls. You do not have to be strong or big to do Aikido. Aikido is not about the strength that you have, but in using the strength of the attacker (uke). O-Sensei, the founder of Aikido, was formidable in his practice even into his eighties.

Do I have to be in good physical shape to do Aikido?

You don’t need to be in good physical shape to start Aikido. As with any kind of regular exercise, doing Aikido several times a week can only improve your physical condition and stamina.

Can I learn to defend myself with Aikido?

Aikido is a martial art, and can be used in self-defense. It takes time and practice however, to become proficient in Aikido-ideally, Aikido practice is a lifetime study… If you are interested in self-defense of an immediate nature, take a reputable self-defense course. Aikido increases your self awareness and your awareness of the environment. Aikido is much more than self-defense-just ask any student! 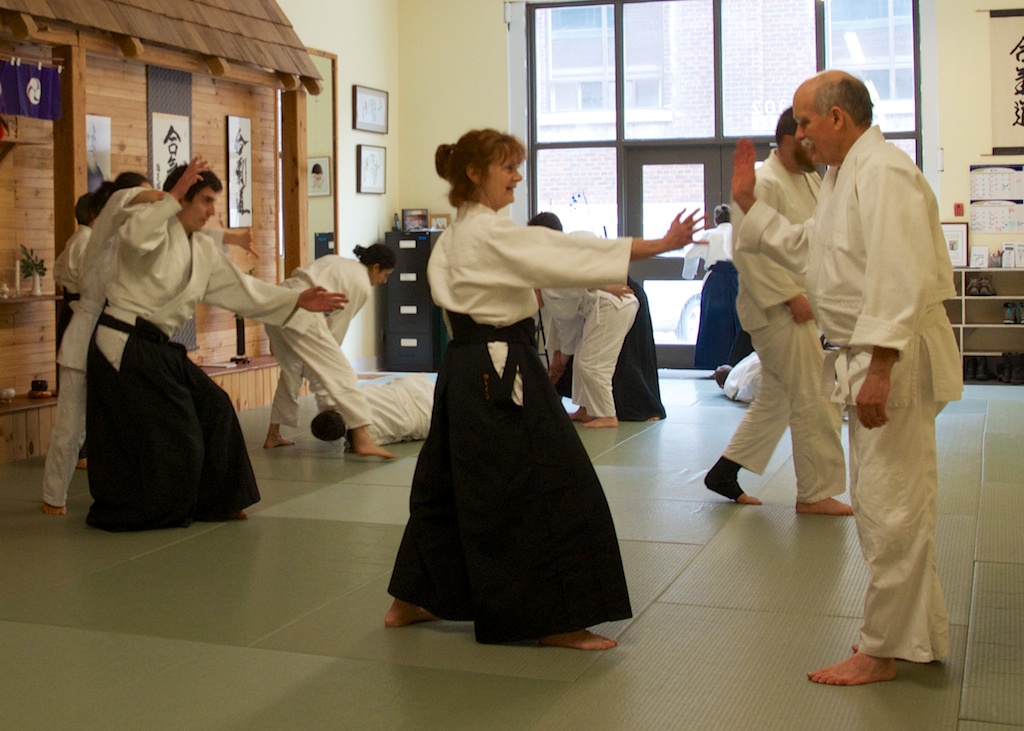 Is there a lot of kicking and punching?

In Aikido, there is very little punching, and even less kicking. Aikido students learn, rather, how to fall properly and to roll safely. Students also learn to move more flexibly and improve their posture.

Why do I see only black belts and white belts in classes?

Aikido has no visible ranking system apart from white and black belts, although there are ranks. One is promoted to the next level by means of testing. After you have completed the practice-day requirements, you may test to show proficiency executing those techniques at your level.

How long does it take to become a Black Belt in Aikido?

A black belt status, or Shodan, in Aikido requires approximately five to seven years of study.

Are there competitions in Aikido?

Aikido does not hold competitions or tournaments to see who the best fighter is. The philosophy of O-Sensei, the founder, stressed harmony-not competition. In Aikido, we learn to control ourselves, not the other person. Randori, or practice with multiple attackers, is used to test how well Aikido principles are incorporated into a student’s practice.

What is the ratio of women to men in Shugyo Dojo?

On average, there are more women who practice and become instructors of Aikido than in other martial arts. At Aikido Shugyo Dojo for example, 30% of our membership is female.

Why do people bow to the picture at the front of the Dojo?

We bow to the picture of O-Sensei in order to show our respect for the martial art that he developed and that has spread worldwide.

Do I need to get a uniform to practice Aikido?

To start, just wear a t-shirt and loose-fitting pants. If you decide that Aikido is for you, you can purchase a keikogi at the dojo.